After some of the recent hail and wind storms that hit the Omaha and Council Bluffs area in the last couple of years I noticed a trend I thought you would be interested in.

Ive talked with lots of homeowners who had work done by other company’s and a common complaint was much of the Insurance claim was left undone! They gave  the job to the “local roofing company”  who had a local “BBB’ membership  after a pressured experience with a door knocker and handed the check over to a company they trusted.

After the roof was completed and time had passed it was hard to get the company they hired to return the 5th phone call and upon checking with the BBB the company membership with the BBB had begun a week after the hail storm.

I often get calls from homeowners requesting a bid to repair some vinyl siding that had hail damage long after the storm. My question to them is was this part of the storm and usually the answer is” yes but the company did my roof and didn’t do the rest! “Did you give them the check that the insurance co. sent you”? Yes and I cant get a hold of them. If the roof was 7000.00 and the check was 9000.00 the fee the insurance companies allow for the extra work for the contractor, is gone with the roof called “profit and overhead” and I find it hard to repair the items that are left on the claim.

I think its usually best to be patient about getting the repairs done, take your time and know the company your hiring! A lot of company’s come here called “Storm Chasers” but a lot of crews from around the country come and the work is usually not very good. If a large “local” roofing company has 100 jobs to get done with more on the way, they hire anybody! with 20 crews do they really know the quality of what’s going on?

We’ve been in business on the Omaha area for 40 years, Our BBB Honor role  A+ has been many years and in the cyber world you’ll find no complaints! Here is my shop! Its as local as it gets!  Thanks Phil 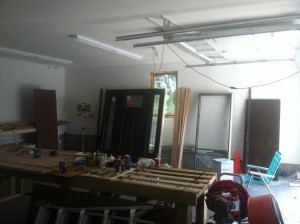 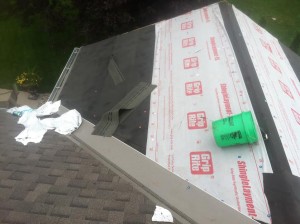